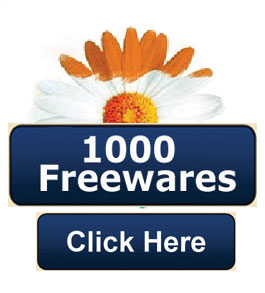 The Indian cosmetics industry has seen strong growth over the past few years and emerged as one of the industries holding huge potential for further growth.The sector has mainly been driven by improving purchasing power and rising fashion consciousness of the Indian population. Moreover, the industry players have been spending readily on the promotional activities to increase consumer awareness.There are a number of leading cosmetic brands in India which are the first choice of ladies.

Lakmé is an Indian brand of cosmetics, owned by Unilever.Lakme started as a 100% subsidiary of Tata Oil Mills (Tomco), part of the Tata Group; it was named after the French opera Lakmé, which itself is the French form of Lakshmi, the goddess of wealth, also renowned for her beauty. Indian cosmet Lakme was started in 1952, famously because the then Prime Minister, Jawaharlal Nehru, was concerned that Indian women were spending precious foreign exchange on beauty products, and personally requested JRD Tata to manufacture them in India.

Oriflame Cosmetics S.A. (Luxembourg) is a cosmetics group, founded in 1967 in Sweden by the brothers Jonas af Jochnick and Robert af Jochnick. The company sells skin care, cosmetic products and other related products through an independent sales force of over 3 million people.Oriflame sells their products through a direct selling force. Their direct selling force earn commission off all sales they personally make, and may also invite others to work with Oriflame, earning a commission of the sales of teams they develop.

The L’Oréal Group is the world’s largest cosmetics and beauty company.With its registered office in Paris and head office in the Paris suburb of Clichy, Hauts-de-Seine, France,it has developed activities in the field of cosmetics. Concentrating on hair colour, skin care, sun protection, make-up, perfumes and hair care, the company is active in the dermatological and pharmaceutical fields and is the top nanotechnology patent-holder in the United States.

The Chambor cosmetic line is a blend of the finest traditions. In terms of radiant color, soft texture and skin accentuator, Chambor has never failed to satisfy the consumer demands.It has been retailing at selected counters since 1994 across India. Developing quality solutions keeping in mind the requirements of a “feminine face” is their primary goal.

Maybelline is a makeup brand sold worldwide and owned by L’Oréal.Their motto is Maybe she’s born with it. Maybe it’s Maybelline.The Maybelline Company was created by New York chemist T.L. Williams in 1915. Williams, then in his early 20s, noticed his younger sister applying a mixture of Vaseline and coal dust to her eyelashes to give them a darker, fuller look.The company was acquired by L’Oréal in 1996.

Avon Products, Inc. is a US cosmetics, perfume and toy seller with markets in over 140 countries across the world.Avon Products is a multi-level marketing company.The company was founded in 1886 by then 28-year-old David H. McConnell who sold books door-to-door and gave out perfume to entice women to buy his books. Avon is one of the leading cosmetic brands in India and is highly praised and loved by women for its quality and range of products.

Make-up Art Cosmetics, better known as MAC Cosmetics, is a manufacturer of cosmetics.MAC Cosmetics was founded in Toronto, Canada by Frank Toskan and Frank Angelo in 1984. The first U.S MAC store opened in 1991, located at Greenwich Village, New York.The company’s products were originally designed specifically for professional make-up artists, but are now sold to consumers worldwide.The MAC PRO Program is provided to professionals in the industry.An annual fee must be paid for this service.

ColorBar cosmetics is one of the leading brands of color cosmetics in India.The product range has been developed with the promise of providingour consumers world class innovative products in a wide range of colors.The inspiration of Colorbar is the millenium woman whoc believes in expressing her many moods and desires through the variety of colors she adorns.Colorbar products have international formaulations and packaging with a premiun appeal.

A young, funky and hip brand, StreetWear, globally is positioned at the young and trendy shopper and the range consists of about 30 SKUs covering categories like nail enamel, lipsticks, lip gloss, face make-up kits and eye shadows.Street Wear The brand says: It is not tested on animals.Street Wear is one of the leading cosmetic brands in India and is highly praised and loved by women for its quality and range of products. With the emerging fashion and beauty consciousness amongst the ladies and girls of India, Street Wear is gaining popularity.