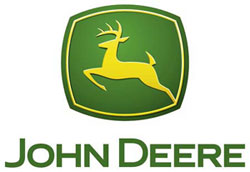 Mahindra Tractors is the world’s largest tractor company by volume. For over two decades, the company has been the leader in the Indian tractor market, which is also the largest tractor market in the world. Over the years, Mahindra Tractors grew by leaps and bounds to become a trusted name across all six continents of the world. And today the company is more poised than ever to cultivate many more dreams across the globe. M&M’s Farm Equipment Sector origins lie in a joint venture in 1963 between the Company, International Harvester Inc., and Voltas Limited, and was named International Tractor Company of India (ITCI). In 1977, ITCI merged with M&M and became its Tractor Division. After M&M’s organizational restructuring in 1994, this division was called the Farm Equipment Sector.

TAFE is a US$ 1 Billion tractor major incorporated in 1960 at Chennai in India, in collaboration with Massey Ferguson (now owned by AGCO corporation, USA). TAFE acquired the Eicher tractors business, its engine plant at Alwar and transmissions plant at Parwanoo through a wholly owned subsidiary “TAFE Motors and Tractors Limited in 2005. TAFE Motors and Tractors Limited is a wholly owned subsidiary of TAFE, which was set up in 2005 when TAFE acquired Eicher tractors, the Eicher engines plant at Alwar and the Eicher transmissions plant at Parwanoo. Apart from being among the top three tractor manufacturers in the world, TAFE is also involved in making diesel engines, gears, panel instruments, engineering plastics, hydraulic pumps, plantations and passenger car distribution through other divisions and wholly owned subsidiaries. 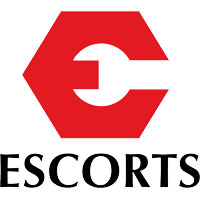 The Escorts Group, is among India’s leading engineering conglomerates operating in the high growth sectors of agri-machinery, construction & material handling equipment, railway equipment and auto components. Escorts Ltd began local manufacture of Ford tractors in 1971 in collaboration with Ford, UK and total production climbed steadily to 33,000 in 1975, reaching 71,000 by 1980. Ford (Ford – New Holland) was sold in 1992. Ford Motor Company proper quit the tracFord models under the Escort brand. Escort manufactures produces tractors in the 27-75 HP range and has already sold over 6 lakh tractors. Its tractors are marketed under three brand names, Escort, Powertrac and Farmtrac. 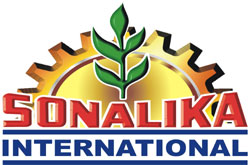 International Tractors Limited was incorporated on October 17, 1995 and began manufacturing tractors designed by Central Mechanical Engineering Research Institute (CMERI). Its engines were initially designed on the successful HMT brand of engines, and gearbox as per PTL design. ITL currently is manufacturing Sonalika tractors between 30 HP to 90 HP, and the CERES brand between 60HP to 90HP. ITL went into collaboration with Renault Agricultural of France in July 2000. Renault Agriculture is a subsidiary of the Renault Group. Renault Agriculture was bought by CLAAS of Germany in 2003. Incidentally CLAAS already has a strong presence in India market producing its Crop Tiger range of Combine Harvesters in a plant in Faridabad (near New Delhi) since 1992. CLAAS opened a new plant in Punjab at Morinda in 2006. Sonalika is now having collaboration with YANMAR(Japan), and raised its production to 200 tractors per day.

New Holland Fiat India is a 100% subsidiary of USD 15bn. CNH Global, – the World’s largest Agricultural Equipments Company, the Leading manufacturer of Agricultural and construction equipment manufacturer in the world. a majority owned subsidiary of Fiat Group. Spread across 60 acres in the Greater Noida District of Uttar Pradesh, the state-of-the-art plant with an initial investment of over Rs. 250 Crores, is designed on the lines of New Holland’s international manufacturing facilities. The company has focused its strength in agricultural mechanisation to build a world-class tractor company in India. It’s rationale for investment in India to be driven primarily by its long involvement and in-depth understanding of the Indian agricultural industry. Last year it produced over 23,000 tractors in 35-75 Hp segment with over a 90 per cent indigenisation. Not just India, tractors made by New Holland India have made their mark in the rest of the world. 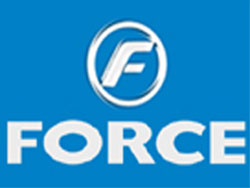 Formerly known as Bajaj Tempo Ltd. until 2005, Force Motors Ltd., makers of India’s ubiquitous 3-wheeler Tempos since 1957 in a collaboration with Vidal & Sohn Tempo Werke, Germany. In 1999 began production of Ox and Ox 45 Brand Tractors both which incorporated transmission technology from the German manufacturer ZF. Additional line Balwan was introduced in 2004 and between the lines Force Motors offers a line of two-wheel and four-wheel tractors in a horsepower range from 10 to 50 HP. In India BALWAN 600 launched shortly. It has a 60 HP engine. Balwan Tractors are one of the good tractors in India for agricultural purposes. They have a Benz engine.

Founded in Baddi, Himachal Pradesh, India in 1999, Indo Farms builds tractors in the 33 to 90 hp ranges. company is also manufacturing 9 to 18 ton cranes and 15 to 50 kv silent gen sets. ursus Poland is its technical partners. indo farm tractors are becoming famous in Indian tractor customers because of their better working performance, quality and resaonable prices. company is exporting their products to many developed countries like: New Zealand, UK, Poland, Germany etc. tractor manufacturing is fully computerised and marketing team is very dedicated and experienced.

The company was originally incorporated in the state of Gujarat in 1963 with technical collaboration with Motokov-Praha of Czechoslovakia as Gujarat Tractor Corporation Ltd. It was taken over by Mahindra & Mahindra Limited on 17 December 1999 (holds 60% equity) and re-christened Mahindra Gujarat Tractor Ltd as part of Mahindra Group. The company is engaged in manufacturing of tractors in a range of 30-60 hp which are marketed under Shaktimaan brand. They were previously marketed under the Mahindra Gujarat name, and before that the ‘Hindustan’ name. Mahindra Gujarat Tractor Limited (MGTL) has its Head Office at ‘Vadodara’ (formerly Baroda), Gujarat. Sri S.O. Tyagi is the Head- MGTL, and Sri Balmukund Verma is the General Manager (Marketing).