Tea is a natural oxidant and a source of natural flouride. India is one of the big players when it comes to tea production. Tea is exported in large amounts from India. India coounts for 31% of global production of tea and is thus one of the world leaders. India has been producing tea for the last 150 years. India offers a wide range of tea such as the original Orthodox to CTC and Green Tea. The tea leaves from Darjeeling and Assam have their own rich aroma in which can take a lot of pride. The total turnover of the tea industry of India is around Rs. 10,000 crores. Here is a list of the most popular Tea Brands of India. 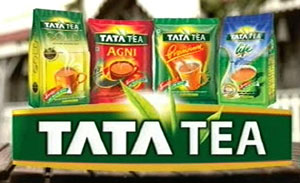 Tata Tea Limited is owned by the Tata Group. It is India’s best and most widely consumed Tea Brands and is the world’s second largest manufacturer and distributor of tea. Tata Tea has launched a social campaign named “Jaago Re!” to awaken the youth against corruption. Tata Tea is the biggest player in the Tea Industry of India. Tata Tea owns five brands in India: Tata Tea, Tetley, Kanan Devan, Chakra Gold, and Gemini. Tata Tea has subsidiaries in Australia, Great Britain, United States, Czech Republic and India. 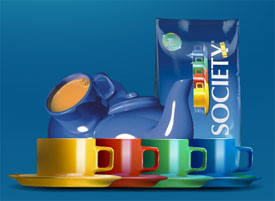 Society Tea is owned by Hasmukhrai & Co. established 75 years ago. They are the key tea manufacturers in India since 1933, and today, Society Tea is known for its consistent taste and richness of quality. Society is synonymous to a fragrant aroma and is known nationally as well as internationally for it. Society has an innovative advertising campaign and strong distribution network. 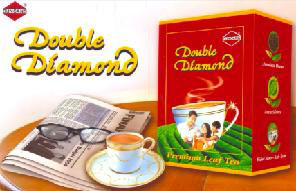 A premium CTC leaf brand, Double Diamond represents strength – that of character, achievement and elegance. Just a spoonful of this tea brews a rejuvenating cup, where strong flavour and aroma co-exist in fine balance. Packaged in the Duncans home colours and iconised diamonds, this flagship brand is the chosen cup of the educated, young and forward-looking couples of today, who believe in the ‘right quality at the right price’. A trendsetter in the jar segment, Double Diamond maintains an attractive inventory of jars and is also available in small packs. 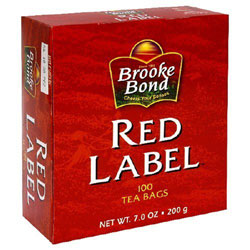 Red Label is for the housewife who seeks to bring her family together over a cup of great Red Label with its perfect strength taste and colour. With the tag line ’Chuskiyaan Zindagi ki’, It is the second largest tea brand in the country. Red Label is a 107 year old brand and has tremendous equity and heritage in the Indian market. Red Label holds the Guinness Record for the world’s largest tea party. It is now proven that regular consumption of 3 cups of Red Label Natural Care every day can enhance one’s immunity and help one fall ill less often. 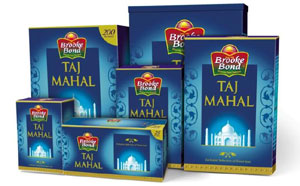 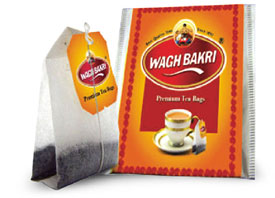 Waghbakri tea house is a premium tea house in inception since the year 1892. The tea baron, Sir Narandas Desai started the company in Ahemadabad being experienced in the art of blending and tea growing which he learned while owning a tea estate in South Africa. Sir Narandas Desai was praised by Mahatma Gandhi for his commendable work. The generations that followed gave boost to his pioneering efforts and developed the business to its present status of being one of the largest tea houses in India. 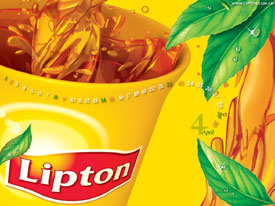 Lipton is a very famous brand of Tea in India, currently owned by Hindustan Unilever. Lipton teas are a blend selected from many different plantations around the world, from well-known producing countries like India, Sri Lanka, Kenya, and China. Lipton Yellow Label is blended from as many as 20 different teas. Available in over 110 countries, Lipton is particularly popular in Europe, North America and the Middle East, parts of Asia and Australia. Lipton’s main pillar brands are Lipton Yellow Label and Lipton Iced Tea. Other product lines exist as well, like the Lipton pyramid range in Europe and North America, and Lipton Milk Tea in East Asia.

Tetley, a wholly owned subsidiary of Tata Global Beverages, is the world’s second largest manufacturer and distributor of tea. Owned by India’s Tata Group, Tetley’s manufacturing and distribution business is spread across 40 countries and sells over 60 branded tea bags. It is the largest tea company in the United Kingdom and Canada and the second largest in the United States by volume. Tata Tea Group, now Tata Global Beverages, is the second largest manufacturer of tea in the world after Unilever. 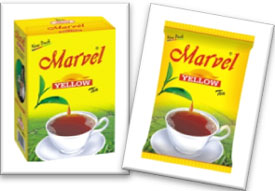 Marvel, a leading branded organization, is one of the India’s most recognized and respected brands. Conceived in 1994 by Shri R.C.Jain, the Marvel group has gone on to grow very successful business in sectors ranging from FMCG, Real Estate and Health Care. Marvel Tea Estate (India) Limited is amongest India’s top 3 branded tea packaging companies, with over 3000 distributors network. It has a unique brand identity and tea taste which is the key strength of the company. Marvel Tea is Rich in taste, flavour and aroma and is Made for premium class segment. 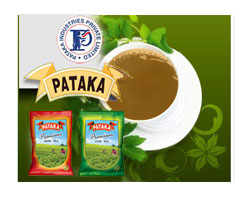 Pataka Tea, the flagship unit of the beverages ventures of Pataka Group, was set up in 2000 for operations in the packet tea industry. The offerings entail a diverse portfolio of brands, namely Premium, Mukta and Special, which are increasingly gaining popularity with the country’s tea enthusiasts. Pataka Tea and the family of beverages to follow are in coherence to maintain the highest standards of inclusive corporate ethics, and commitment to the communities and environment.

Mohani Tea Leaves Pvt. Ltd is a pioneer amongst packet tea brands in India. Starting in 1992, Company has come a long way in the past 20 years to establish itself as a leading tea brand in North India mainly UP / UTTARANCHAL along with significant presence other Indian states. Mohani is the first regional tea company in North India who have received ISO 22000, HACCP and BRC certifications. Further, the process has already started for SA8000 Certificate. Thus, Mohani Tea will have the distinction of being the only Tea Company in North India with both International quality and Social accountability certificates.