Fashion Magazines in India have popularily grabbed attention of the society, specialy the women, in the past few years with the growth of the Fashion Indutry. These magazines depict latest trends in fashion which the today’s woman likes as it keeps her updated. These magazines offer access to the lastest fashion news, trends in styles, beauty tips, lifestyle, celebrities, accessories, models and designers. Here is a list of some popular magazines which are most widely read in India and loved by the woman.

Femina is a magazine, published fortnightly in India. It is owned by Worldwide Media, a 50:50 joint venture between BBC Worldwide and The Times Group. It is primarily a women’s magazine and features articles on relationships, beauty and fashion,travels,women fight back, cuisine, and health and fitness. It also features articles on celebrities and cultural facets of Indian women. Femina was first published in July 1959. It has organized and sponsored the Femina Miss India beauty pageant since 1964. From 1994 to 1999, it also sponsored the Femina Look of the Year contest to send an Indian contestant to the Elite Model Look competition.

Cosmopolitan is an international magazine for women. It was first published in 1886 in the United States as a family magazine, was later transformed into a literary magazine and eventually became a women’s magazine in the late 1960s. Also known as Cosmo, its content as of 2011 included articles on relationships and sex, health, careers, self-improvement, celebrities, as well as fashion and beauty. Published by Hearst Magazines, Cosmopolitan has 63 international editions, is printed in 36 languages and is distributed in more than 100 countries.

Elle is a worldwide magazine of French origin that focuses on women’s fashion, beauty, health, and entertainment. Elle is also the world’s largest fashion magazine. It was founded by Pierre Lazareff and his wife Hélène Gordon in 1945. The title, in French, means “she”. Robbie Myers is the editor in chief. It is now the world’s largest fashion magazine, with 42 international editions in over 60 countries. 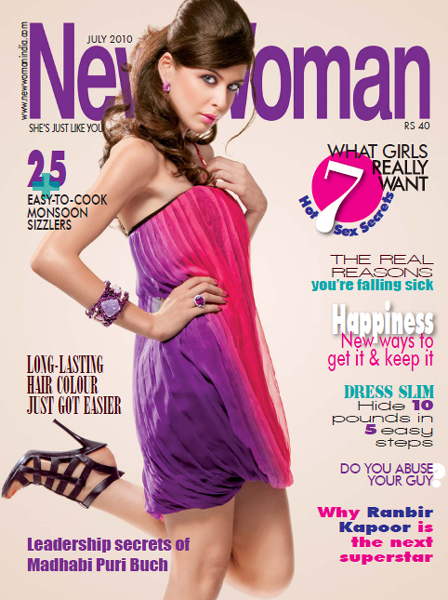 New Woman is an Indian magazine for healthcare, fashion, fitness, beauty, relationship, career. It is edited by the famous Bollywood actress Hema Malini. It is a complete new working woman’s magazine. It was launched in 1996 by the Pioneer Book Company Pvt. Ltd. with its fresh approach and commitment to women’s issues. ‘New Woman’ notched up a sizeable readership in record time, and is today, one of the largest selling women’s monthly in English in India. 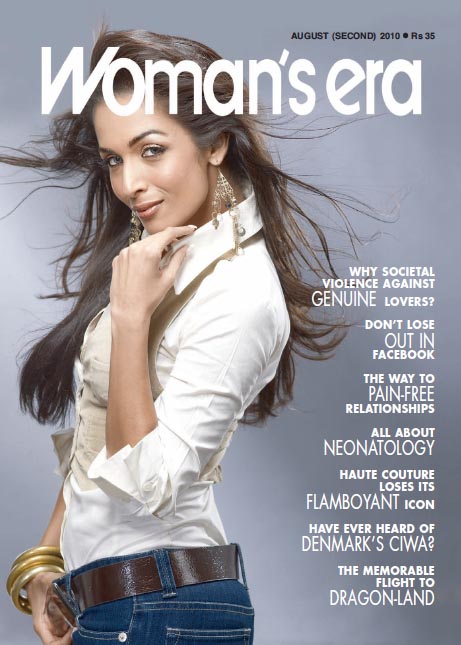 Woman’s era is one of the leading brands of Delhi Press Magazines. It is a very popular magazine and has reached around 24 lakh readers. It covers fashion, cookery, articles, contests, serial episode, poem, sex, health, people. It was first published in 1973, and now it has become one of the largest selling english magazines in India for woman. The magazine has 5 short stories which provide insight in to the women’s world and the Indian family.

Vogue India is India’s best women’s fashion magazine offering access to the latest fashion news, trends, accessories, celebrity photos, beauty tips, lifestyle news and more. It is a fashion and lifestyle magazine that is published monthly in 18 national and one regional edition by Condé Nast. 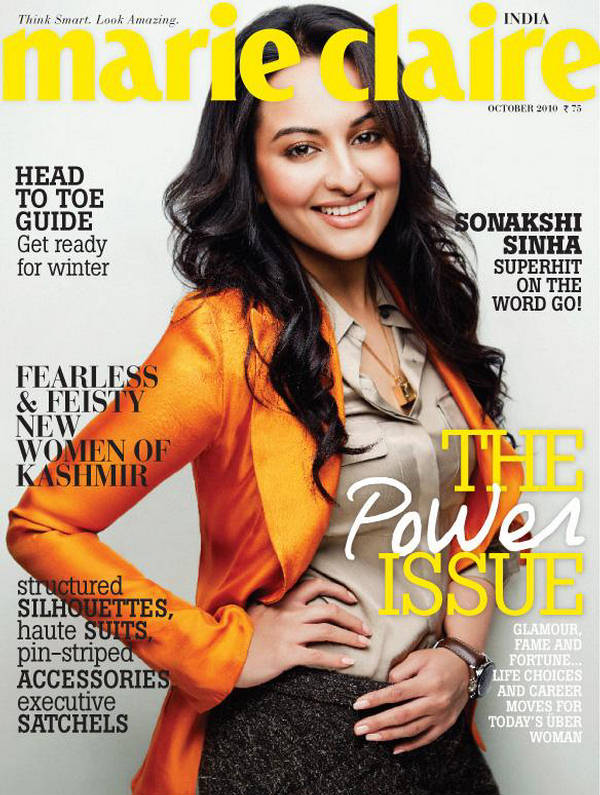 Marie Claire is a monthly women’s magazine first published in France but also distributed in other countries with editions specific to them and in their languages. While each country shares its own special voice with its audience, the United States edition focuses on women around the world and several worldwide issues. The magazine also covers health, beauty, and fashion topics. Jean Prouvost created the first issue in 1937, which was distributed each Wednesday.

Harper’s Bazaar is an American fashion magazine, first published in 1867. Harper’s Bazaar is published by Hearst and, as a magazine, considers itself to be the style resource for “women who are the first to buy the best, from casual to couture.” Aimed at members of the upper-middle and upper classes, Bazaar assembles photographers, artists, designers and writers to deliver a “sophisticated” perspective into the world of fashion, beauty and popular culture on a monthly basis.

Verve, India’s premier women’s international magazine, was launched in 1995. Published and edited by Anuradha Mahindra, Verve reflects the spirit of today’s woman — changing with the times, moving with trends, styles, fashion and yet remaining constant in its search for perfection editorially as well as in design. Exhibiting some of the best international and Indian writing talent, Verve chooses to cover achievers in every field from fashion, business and style to Bollywood, books and travel.

Savvy, India’s leading women’s magazine, dares to be different. It has been instrumental in making women all over India aware of not just their rights, but their potential too in all spheres of life. Savvy is a complete package for the modern Indian woman who knows what she wants and knows how to get it. Savvy covers fashion, health, career, realtionship, fitness, beauty, people, travel.

Other competitive magazines are Hi!, Maxim, Jade, FHM, Grazia, which are also popular amongst the people in India.